From the Outskirts to Downtown: Taxes, Land Use & Value in 2 Southwest NH Communities 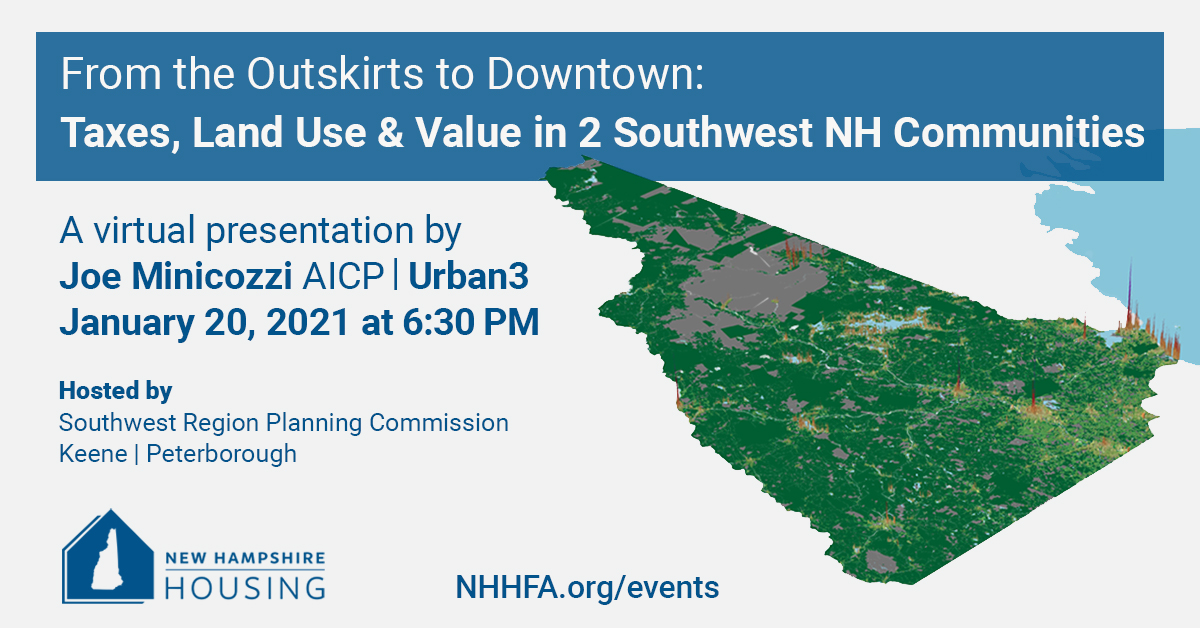 What types of development create the greatest tax revenue for New Hampshire communities – suburban sprawl and big box stores, or dense, downtown development? In New Hampshire, property taxes are the key revenue source for local governments. Tax rates, land use and land value from one end of town to the other often vary in surprising ways.

The presentation was hosted by Keene, Peterborough, and the Southwest Region Planning Commission; it is presented by New Hampshire Housing, which contracted with Urban3 to analyze what types of development offer the greatest tax return in 15 communities around the state.

By using data to create 3D visualizations, Urban 3’s analysis reveals the potential for improving the fiscal health of these communities. The visuals present a clear and data-driven understanding of the economics of place. With these 3D depictions of its data, a community has a tool to make public policy adjustments, with the goal of creating long-term financial resiliency.

This is one of a series of live New Hampshire-focused webinars Minicozzi is presenting (most of which will be video recorded and available online). On October 15, he launched his first presentation with a statewide focus on Berlin, Claremont, Concord, Dover, Exeter, Hanover, Hudson, Keene, Laconia, Lebanon, Nashua, Pelham, Peterborough, Portsmouth and Rochester. (In 2018, the Orbit Group hired Urban3 to conduct an analysis of Manchester.)

Joseph Minicozzi, AICP is the principal of Urban3, which looks at how land is used and affects tax productivity. He is an urban planner who utilizes new ways to think about and visualize land use, urban design, and economics.