Housing is one of the most multi-faceted and challenging topics to tackle. In New Hampshire communities, the interplay between land use regulations, municipal budgets, development, geography and many other factors combine to challenge the ability to come up with housing solutions.

Whether you’re concerned with affordability, gentrification or the long term resilience of your community, you have probably come across a few housing terms that may leave you mystified. Click here for common terms with clear explanations.

The reasons are multiple: an aging population, shifts in housing preferences among younger generations, a misalignment between housing supply and future demand, and changes in traditional financing paths for homeownership. In the 1970s, 1980s and 1990s, housing demand was driven by baby boomers moving to New Hampshire. But as we have seen in many policy areas, much of New Hampshire’s housing industry (builders, planners, public officials, etc.) have yet to fully transition away from the mindset of the past, in which consistent rates of high population growth (especially among young families) was the norm. Instead, they must prepare for a housing model defined by less growth overall, more senior households, fewer young households, financially strained first-time buyers, and changing lending standards.

In 2014, the Housing Needs in New Hampshire report was published as a collaboration among the New Hampshire Center for Public Policy Studies, Applied Economic Research, and New Hampshire Housing as an assessment of the state’s future housing needs and preferences.. Using updated population forecasts, the report projects New Hampshire’s future housing needs, by age group and by type of housing. While there is agreement that our state has a housing shortage, we are far from agreeing on how to address this issue. Some feel it should be fixed at the state level, others point to local land use and regulatory issues.

These demographic and economic shifts point to a fundamental mismatch between the state’s existing housing supply and what the future market demand for housing is likely to be. In turn, the misalignment between supply and demand strongly indicates there will be a need to “retool” our current single family housing stock to meet the needs of aging owners and younger renters, and to continue building more rental housing.

There are solutions to New Hampshire’s housing challenges. Being actively engaged in meeting your community’s housing needs is important, because a purely market-based response – that is, without public intervention through policy and funding – has the potential of risking economic stagnation due to the market’s failure to respond to the needs of our entire population. Engaging with partners and looking at tools and techniques to supplement market forces can reveal strategies for reducing front-end costs and expanding housing opportunities, especially for mid- and lower-income families. 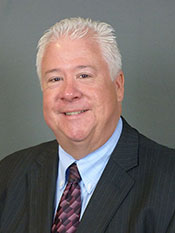