The 2022 legislative session came to a close on May 26.  The results, in terms of housing-related bills, were decidedly mixed.

After a series of dramatic twists and turns in the final days of the session, portions of SB 400, a high priority bill to implement a series of recommendations from the Governor’s 2019 Task Force on Housing, were incorporated into another bill, HB 1661, that was approved in the final hours of the session.  This was a hard fought and significant victory for pro-housing groups led by NH Housing, Housing Action NH, and other partner organizations.

In addition, SB 210, a bill that would have been detrimental to efforts to establish cooperatively-owned manufactured housing parks, was enacted in an amended form that deleted much of the language that was problematic.

SB 249, a controversial bill to prohibit towns from banning short-term rentals, was referred to interim study.  NH Housing did not take a position on this bill but monitored it closely.

There were also some pro-housing bills that did not survive the session, namely HB 1177, which would have increased the number of housing units allowed on certain residential lots, and HB 1291, which would have prohibited discrimination against tenants holding housing choice vouchers for purposes of renting dwellings.

Past Legislation of Interest 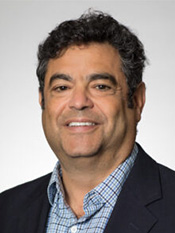